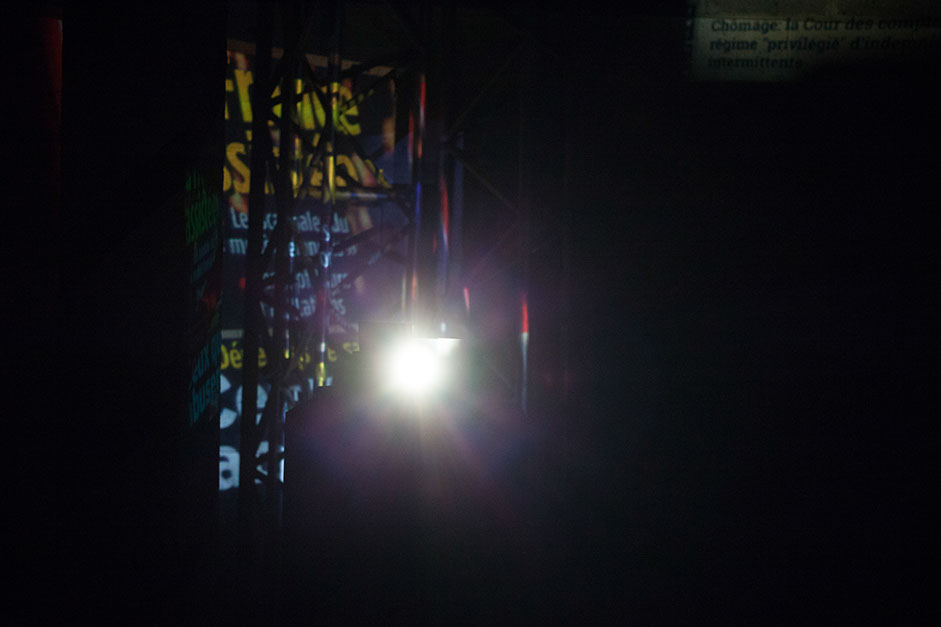 ​visitors face the blinding light coming from of kaleidoscope of 20 mirrors. They reflect infinitely on walls, ceiling, spectator's own bodies magazine covers. 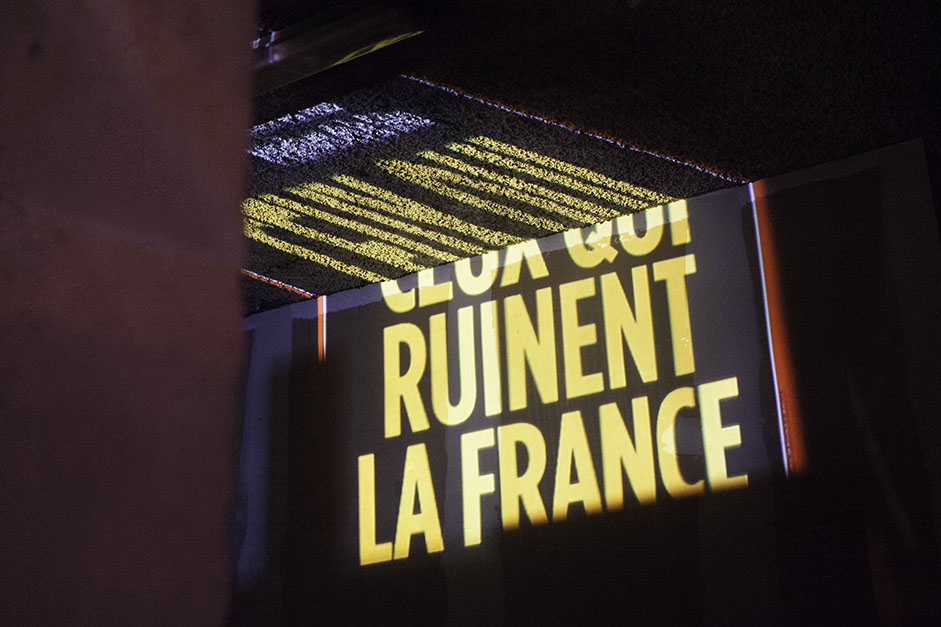 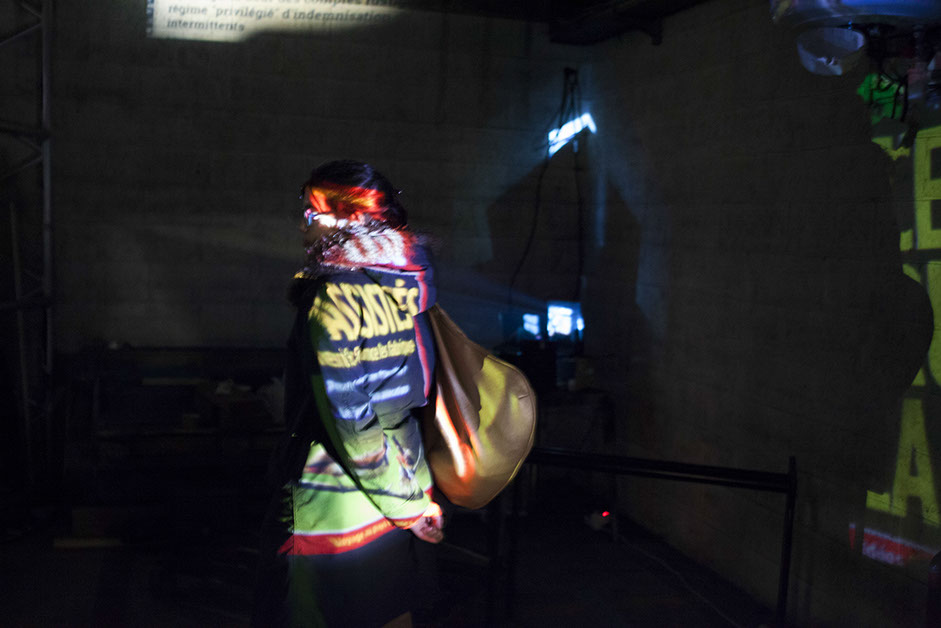 By using simple mirrors, this works goes back to the basics of projection, while  giving it materiality to the projected images. Projected on walls and spectator's  own bodies, images gain depth. Most importantly, they invade the body of the visitors in the same manner that the neo-liberal discourse invades our minds.

Visitors are put inside a kaleidoscope of violent messages, the storytellings diffused my mainstream media that make middle and lower classes clash one against the other. 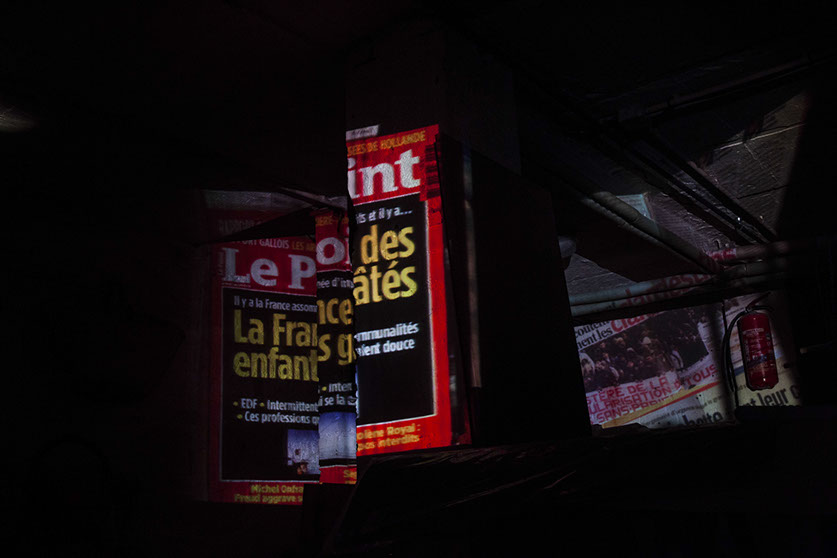 ​Wandering inside the space also reveals that what seemed like noise is actually an overlap of two sound sources. On one side, a neutral voice reads data showing the amazing wealth growth of France's richest despite harsh attacks on welfare in (projected) media. On the other side, a text by Walter Benjamin questions the role of artists for social change.